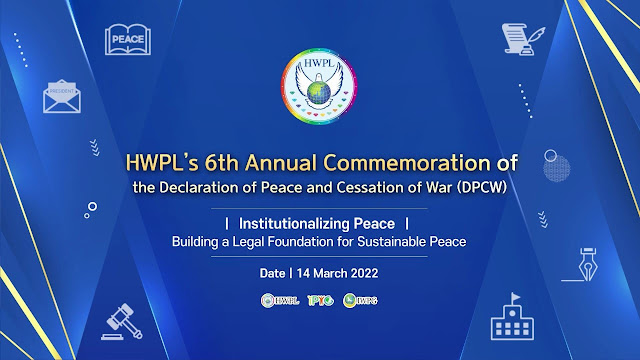 Institutional Peace to Counteract the Threats of Global Conflicts is Examined 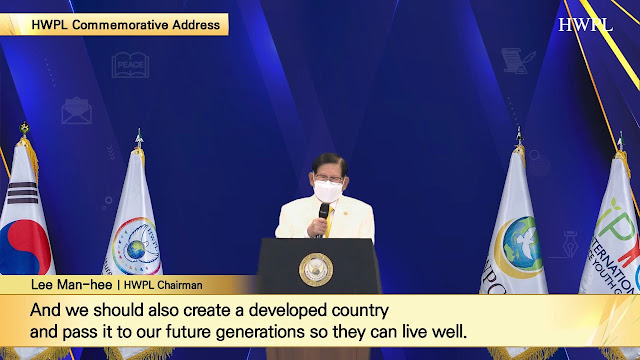 In the present era where the safety of individual lives is constantly threatened by widespread conflicts, peacebuilding is currently demanded to develop into a system that promotes the values, norms, and culture of peace for all countries, communities and, individuals, based on the shared principles of coexistence and interdependence of the global community. 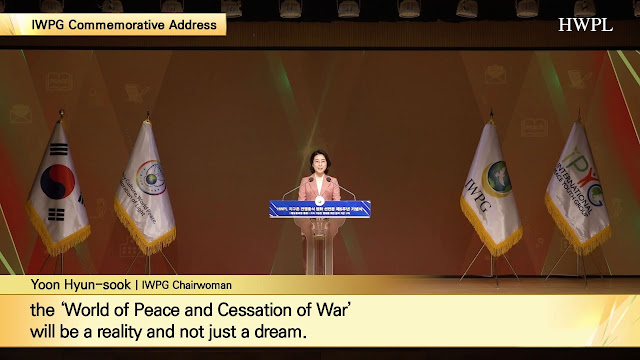 'HWPL's 6th Annual Commemoration of the Declaration of Peace and Cessation of War (DPCW)' was held online on 14 March 2022 with over 5,000 participants, under the theme, Institutionalizing Peace: Building a Legal Foundation for Sustainable Peace.

An UN-affiliated NGO Heavenly Culture, World Peace, Restoration of Light (HWPL), has endorsed combined efforts of governments and civil society efforts that lead to the institutionalization of peace in each society. Its DPCW proclaimed in 2016 has provided a guide to citizen-led peace advocacy, in line with international organizations including the UN, the African Union (AU), and the EU that have stressed normative guidance as a standard for substantial conflict resolution with the participation of women and youth.

As for the need to "build a legal foundation for sustainable peace," Dr. Kamal Hossain, the President of International Law Association (ILA) Bangladesh Branch said, "The precondition for achieving peace is securing peoples’ inalienable rights, which include equality before the law, equal protection of the law, non-discrimination, freedom to associate, freedom to assemble, and freedom to express."

In addition, Ms. Anna Cervenakova, a member of HWPL International Law Peace Committee, mentioned "In the world’s ongoing crisis, governments question themselves, what kind of action would be the best action to take in order to overcome the emergency crisis. The need for human development, by overcoming the public health emergency, climate change, economic decline, restrictions on human rights, brings us to the point of how these burdens are solved by the institutions of the governments. Much of the burdens of the work is, therefore, on the side of the governments, so it is important what are the priorities in their institutional agenda."

As one of the speakers, Prof. Rommel Santos Diaz of international law at the Universidad INCE said that government offices including the Senate, Ministry of Foreign Affairs, and Attorney General’s Office in the Dominican Republic have been working with NGOs for the purpose of the “state’s decision-making for public policies on citizen security and human rights” based on the DPCW.

Responding to prevalent threats from religious conflicts, Imam Moulana Shafiek Nolan in Westridge of South Africa expressed, "(T)he DPCW emphasises the importance of peace between religions and the cessation of religious conflict. The monthly scripture dialogue hosted by HWPL particularly aims to create a platform to break down misunderstandings of religious scripture and practices, mirroring the values expressed in the DPCW."

Chairman Man Hee Lee of HWPL said that wars and conflicts continue to occur since “wars can be triggered if it is allegedly necessary according to the current international law, which is why this cannot put an end to war.” He highlighted that all members of the global village need to be united as one as “messengers of peace” to “certainly create a thing (international law for peace) that can bring about peace.”.

On February 28, HWPL issued a statement on Russia's invasion of Ukraine that includes refugee protection and global youth solidarity against war and is delivering it to 192 countries. The DPCW presents principles of peace to be promoted by the international society such as prohibiting the use of force, fostering religious freedom, and civic participation to spread a culture of peace. It highlights that sustainable peace can be achieved through all members of the global society by identifying not only nation-states but also international organizations and all citizens as the main actors in building peace.

For the full text of the DPCW or Statement Regarding Russia and Ukraine, you may visit : www.hwpl.kr 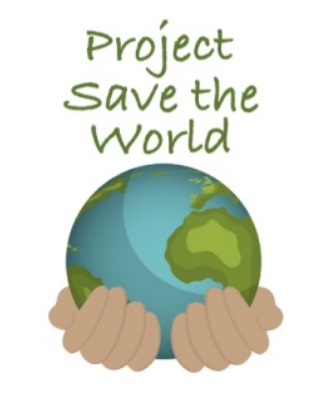